Edward Curtis devoted his life to producing a definitive and unparalleled work, The North American Indian, the most extensive and expensive photographic project ever undertaken. Almost 100 years after the original publication by Edward Curtis, we have republished two complete editions, including his original 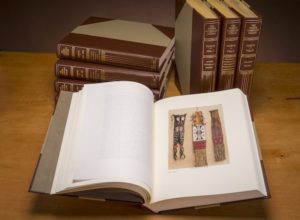 In 2016 we released a Custom Edition, hand-bound in leather, with archival linen-finished paper, and gilded with the highest artisan bookmaking standards. This edition includes all twenty original volumes, over 5,000 pages with extensive transcripts of Native language and music. The twenty portfolios that accompanied the original set are recreated in five oversized portfolio volumes. 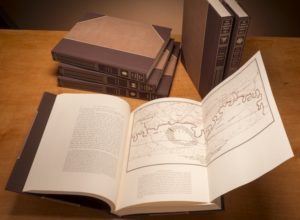 In the summer of 2018, we released the Reference Edition, a more accessibly produced and modestly priced republication version. Slightly smaller, bound in hardcover and digitally printed it includes the full set of 20 volumes, plus 20 additional portfolios assembled into four oversized books. Every word, page and image are included in the Reference Edition, equally crisp, clear, and archival-quality.

A small selection of current subscribers to the Republication: