This is a unique photographic exhibition created expressly for the United States Department of State. The principal purpose of this sixty-print exhibition is to celebrate our Native peoples and their history and culture, as well as, the beauty and power of Edward Curtis’ photography. The Exhibition illustrates the broad and extraordinary diversity among the North American tribes and pays homage to the famed photographer/ ethnographer Edward S. Curtis. The Exhibition is also designed to attract and create a positive dialogue among widely diverse populations throughout the world. These goals have been achieved by creating an exhibition of Curtis’ photographs that can easily travel throughout a variety of venues. Each Exhibition promises sixty museum-quality fine art photographic prints, didactic panels, ephemera reproductions, and a film by Anne Makepeace that focuses on Curtis’ work and its relationship to contemporary Native Americans. All didactic panels, ephemera reproductions and virtually all prints in the exhibitions have been created specifically for these exhibitions. Most prints are created using extremely rare processes originally employed by Curtis for his most prized (and expensive) prints. Because of the factors enumerated below, this Exhibition is considered a radical improvement upon any previous exhibitions of non-vintage Curtis photographs.

All work included in this Exhibition is drawn from the archive of the personal collection of Christopher Cardozo. This is the largest and most broad-ranging Curtis collection in the world. Mr. Cardozo is widely recognized as the world’s leading authority on Edward Curtis and his photography. He has authored eight books and lectured internationally on Curtis. From his archive of over 4,000 vintage Curtis prints, Mr. Cardozo has selected sixty of Curtis’ most compelling and evocative images. Each image has been printed in a size and medium intended to most fully enhance the impact of object. The images are representative of the diverse cultural geographic regions in which Curtis photographed and illustrate Curtis’ artistry in portrait, landscape and still life photography.

The prints are extremely faithful to the look, feel, dimensions, etc. of Curtis’ original, vintage prints. Wherever possible Mr. Cardozo’s personal archive of original Curtis negatives were used as the source for creating the exhibition prints. Where the negatives were not available, the highest quality vintage prints from Cardozo’s collection were used as the source for generating the new prints. In many cases these vintage prints are unique. Mr. Cardozo’s company, Curtis Centennial Project, Inc., copyrights the prints in the exhibition and each venue is permitted to freely use the imagery for education and promotional purposes. 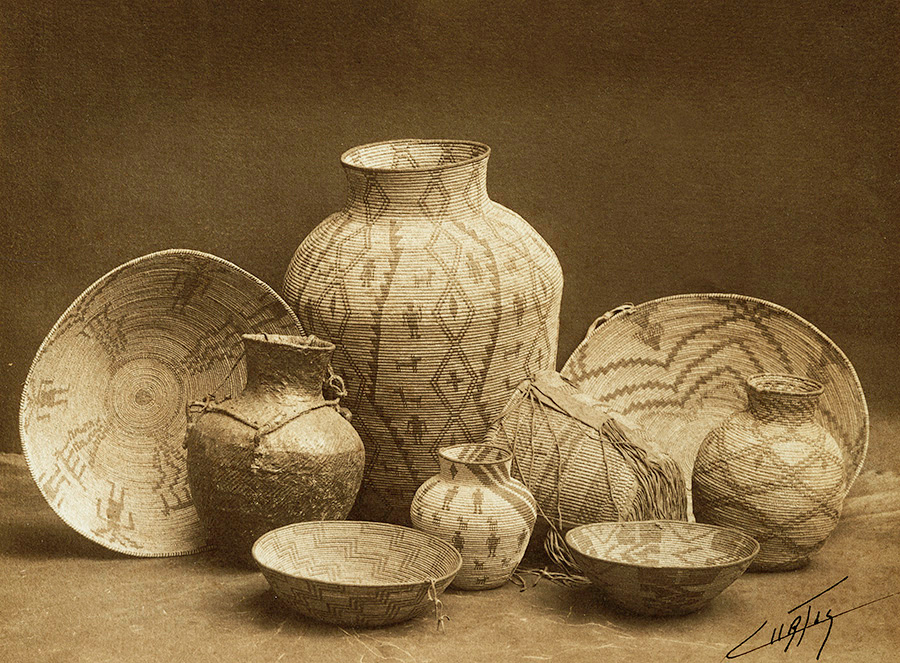 Be the first to know about our exclusive offers| EdwardCurtis.Com