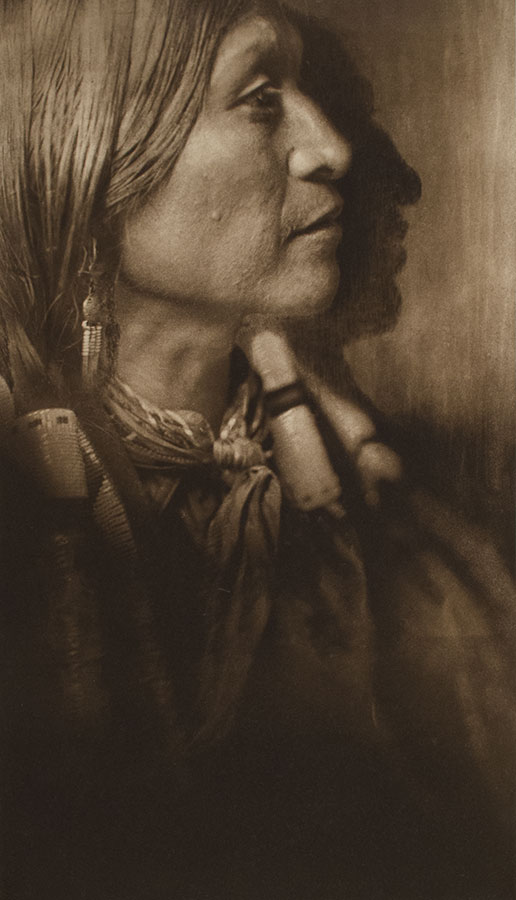 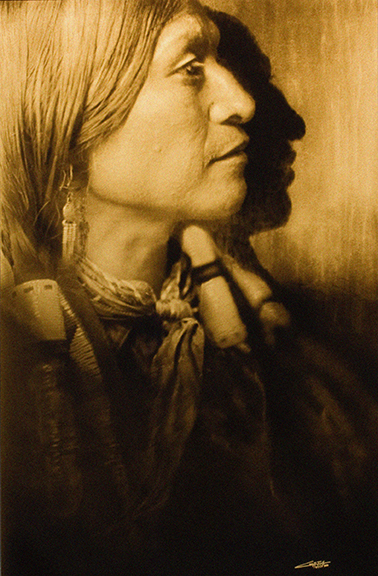 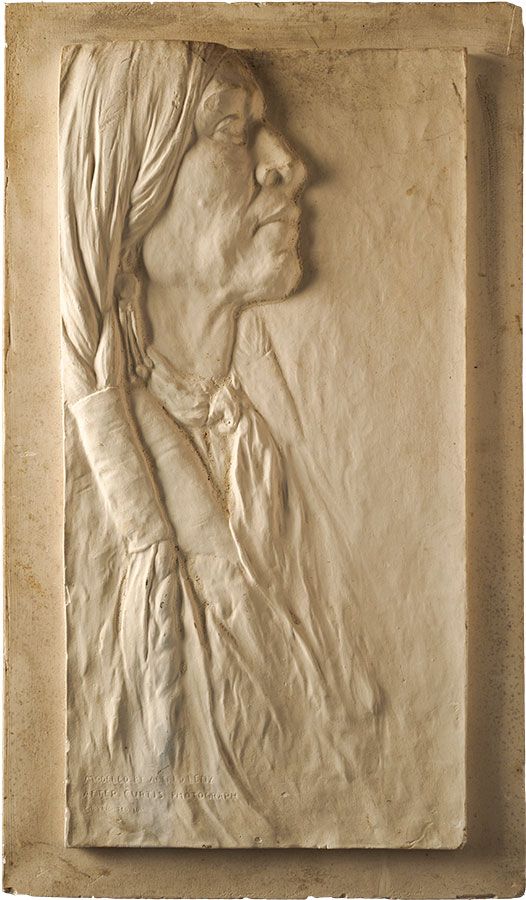 “It was a remarkable find.”

The plaster cast was created by Alfred Lenz in 1906 and it was modeled after one of Curtis’ photographs, Vash Gon – Jicarilla, from 1904. After Curtis commissioned the artist for bronzes, Curtis gifted them to his children and grandchildren, and also sent them to special patrons, including one to J.P. Morgan.

“Several of my friends, from time to time, asked for something in the way of a Curtis Indian that

could be used, perhaps, in a more general decorative way than a photograph…,” Curtis wrote to Morgan in 1906. “Thinking that you might have a place where you could use a plaque of this kind, and particularly owing to your interest in the work, I am taking the liberty of sending you one of the plaques with my compliments I can only add that I hope you will be pleased with it.”

Cardozo, realizing the magnitude of the find, eventually spoke with the eBay seller,

who said the cast was in his basement and slated for sale along with hundreds of other items accumulated over the years. It had likely been sitting in the basement undisturbed for a quarter-century.

Since the 2019 acquisition of the plaster cast, Cardozo has commissioned new versions of the bronze that he is offering along with his other Curtis materials.

“We couldn’t use the original plaster cast because there was an outside chance it could get damaged, so we started from scratch using the original bronze as our guiding light,” he says.

“We did some experimenting with some different designs and decided to do something more simplified. We’re doing a small edition of it, somewhere between 8 and 12, and we’ve already sold one to a prominent Curtis collector.”